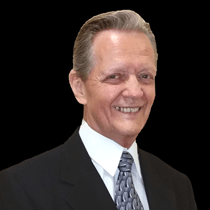 Fred MacGilfrey, a native New Yorker, raised in the Bronx of New York City, is a veteran REALTOR® who brings a broad mix of business ownership, managerial expertise, and professionalism to his real estate career and the clients he has served.

Shortly after graduating high school, Fred served in the U.S. Navy (during the Korean conflict) for 4 years, achieving the rank of Signalman 3rd Class – (E-4) – Visual Communications. He was stationed in Norfolk, VA, attached to the six-fleet in the Mediterranean and Middle East.

After his honorable discharge from the Navy, Fred settled in Southern California. During that time, he developed a keen interest in Real Estate, securing his Real Estate license in 1974. He quickly learned the business from the ground up in a Real Estate Brokerage and catapulted to Million Dollar Producer Status in his first year, steadily increasing his volume for each consecutive year. He then opened his own Brokerage in 1979.

hroughout the economic slow-down of the Real Estate industry, when interest rates jumped to 21%, Fred used his business savvy in other ventures to maintain and supplement his income, which included: the start-up of the Natural Valet Dry Cleaning Co.(a company which used non-toxic chemicals, water-only technology in the garment-cleaning process),the first company of its kind in Southern Orange County, CA; Vested Partner for Chief Auto Supply (retail auto parts company) which eventually sold out to AutoZone; and Vested Partner with Amarillo John’s (manufacturer of gourmet and specialty sauces).

Following the sale of his Brokerage, Fred relocated to Las Vegas, NV in 1999 where he worked as a Specialist in Apartment and Residential Leasing. Shortly afterward, he took the position as Corporate Broker for Homes 4 Less Realty/DLG Realty & Investments.

Today, Fred is still working in the career he enjoys most- and is proud to be part of the Epic Realty Team. In his words: My value to the Real Estate Industry is simple: my main goal is assisting clients in finding and purchasing a home that best fits their needs and budget. Through my 40 years as a REALTOR® Broker, I have built a solid reputation that says: Experience+ Professionalism Instills Confidence!